Flow: Get in the zone or suffer the consequences 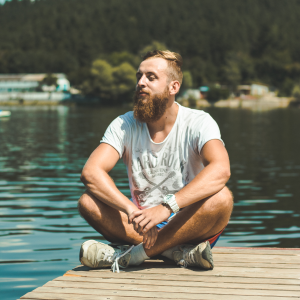 Flow, when you are carefully engaged in the activity you are doing and you lose all other thought. The framework for flow is a laser-focused awareness on the present moment.

I started to surf more actively and realized that surf activates flow big time. It kicks a lot of the triggers for flow.

There is a mixture of adrenaline and fear attached to surfing because of the energy in waves. It doesn’t matter how experienced you are, whenever you’re dropping in you don’t know if you’re going to ride out and get a rush, or get smashed by the wave. All that exercise reducing stress and releasing endorphins. Surfers in my opinion experience flow more than ordinary.

I will try to give it a slight description of what does it feels like, so you can scarcely taste it:

When I’m out there in the ocean I hardly think about anything else. Fresh ocean breeze mixed with salt water splashes into the face and you start feeling weightless as you accelerate down the wave. The sun is settling down and you can see the path that it creates on the water. Then, a meditative silence fills the space and there is only the moment you are in. For a short period it feels as you become one with something greater than yourself and all your soul want to scream is something like: “I FEEL SO ALIVE”...

Studies show that a surfer only ride a wave for an average of 6 seconds but the intensity of the experience lasts much longer.

“To forget oneself – to lose oneself in the music, at the moment – that kind of absorption seems to be at the heart of every creative endeavor. — Dani Shapiro

The power of flow.

When you are in a flow state, you are bypassing your prefrontal cortex.

Hold on, let me explain.

The prefrontal cortex is the cerebral cortex covering the front part of the frontal lobe. This brain region has been associated with planning complex cognitive behavior, personality expression, decision making, and moderating social behavior.  In other words, it is the orchestration of thoughts and actions in accordance with internal goals.

What does it mean to bypass it?

Your body can respond to minuscule changes in the environment faster than the speed of thought.  As the flow sensation goes along with or follows the movement, the initial intention must be translated to the muscles in order to generate forces and displacements. There is immediate feedback to one’s actions.

How do Olympic athletes or X-games athletes keep getting better and keep breaking records? Can humans ever reach the limit?

The impressive thing is that when science says humans cannot go any quicker, lift any heavier or ride bigger waves and spin more degrees they’ve been proven wrong. It’s amazing how of what the human mind and body are possible — when an old record is broken, the new world record gives another generation athletes a norm to beat. So even if it seems as if we’ll eventually reach a roof for world records and max out our body, there’ll always be someone else who will try to beat it.

It is the flow that allows athletes to show us what is possible.

Surfing is a 1,000-year-old sport, and 20 years ago the biggest wave ever ridden was 25 feet. Today surfers push into waves 100 feet tall. Or consider snowboarding: In 1992, the biggest gap ever cleared was 40 feet; today that jump is 230 feet.

The answer is flow.

In all other activities flow is a luxury, but at the upper edges of action/adventure sports, a fundamental requirement. The state is the only reason these athletes are surviving the big mountains, big waves, and big rivers. When you’re pushing the limits of ultimate human performance, the choice is stark: it’s flow or die.

The greatest athletes aren’t interested in the greatest risks. I mean, sometimes they’re taken, sometimes not, but those physical risks are a by-product of a much deeper desire to take creative risks. Don’t be fooled by the danger. In action and adventure sports, creativity is always the point.

Walking Meditation: Go for A Walk

Life sometimes offers us the opportunities to go through the motions just like going for a walk with your sunglasses and earbuds. If you have